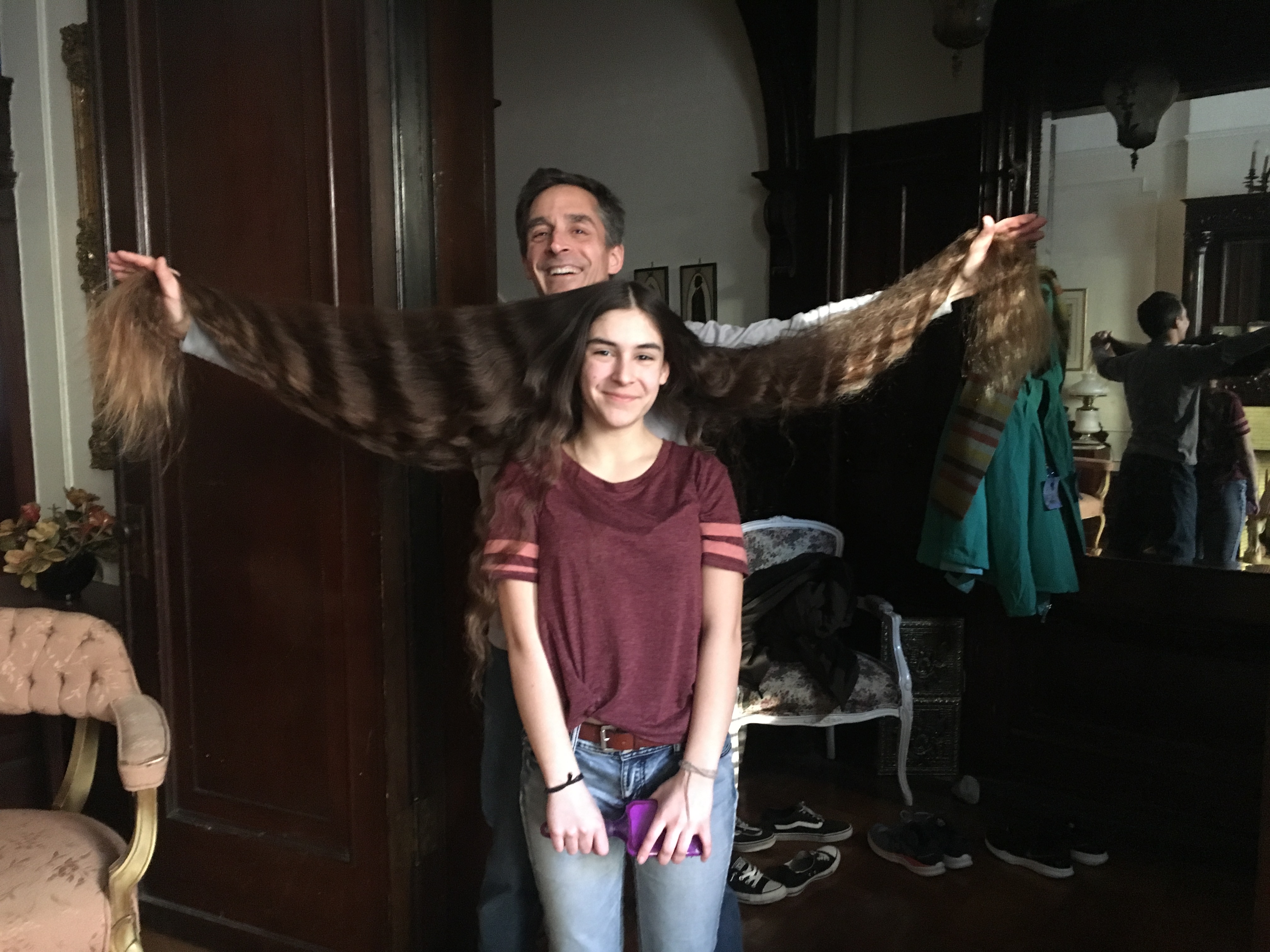 12 Apr After ten years, this happened…

When my daughter Isabel was four years old, I took her with me to my hairdresser, John, for a “mommy daughter” day – getting haircuts together and a treat on our way home.

Everything was going swimmingly until she got out of the chair. “Mommy,” she whispered to me, with tears in her eyes, “he cut it so short!” Indeed, he had. It looked completely endearing to me and my hairdresser, but she was mortified. I realized why she hated it so much when I took her to pre-school on Monday. Every other girl in the class had long hair. She cowered in the corner with her hood over her head and no amount of mommy love could console her.

She didn’t cut her hair for another ten years.

By the time she was 14, it was almost to her knees. It was beautiful and flowing, and was the object of much admiration. The only problem was she could never wear it out of a braid because it would become an unruly rat’s nest. Untangling it took nearly an hour.

When I encouraged her to cut it, she resisted. It bolstered her confidence in herself and was part of her identity in her social scene. I knew she needed to let it go, but in her own time.

If you’re feeling stuck anywhere, take a look around to see what you might be tolerating and ready to let go of. It could be a project that you no longer care about, clients that don’t serve you any more, books you never plan to read, to-do’s you’re never going to do… the list goes on.

Don’t let a decision made years ago for reasons you barely remember linger. It can get in your way every day, much like my daughter’s hair when she used the dishwasher. Yes, after she leaned over to put a dish in, her hair would often get caught in the door as she shut it. 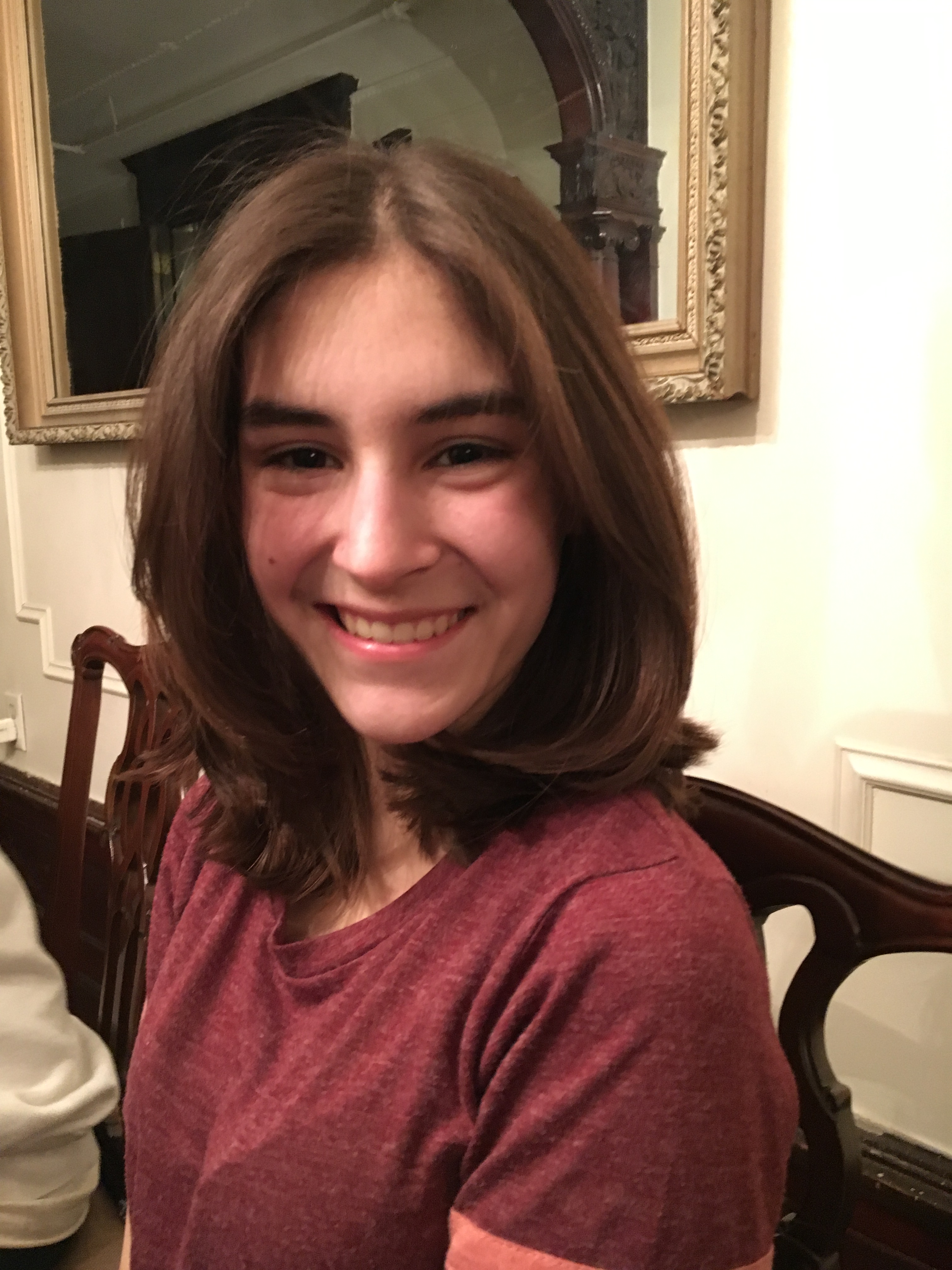 Just after her 15th birthday, Isabel suddenly announced that she was ready to cut her hair. Eagerly, I scheduled John to come to my house (yes, the same man who had cut it all those years ago!) and she invited her friends over. Watching John’s scissors slice through that mane of hair was both terrifying and exhilarating. He cut off a full 28 inches of hair while her friends’ squeals filled the room.

Afterwards she couldn’t contain her exuberance. Since then she has radiated joy and confidence. She no longer feels defined by that one feature of her looks and she loves the ease of taking care of it.

While relieved and grateful that she cut her hair, I’m not surprised that she feels as happy as she does with the result. This aligns with the second step to creating abundance, which is to “Give Wholeheartedly.”

We often think of gifts, money, time or business referrals as what we “give.” But to “give wholeheartedly” can mean giving up something. Think of it as “letting go” or “releasing.” By cutting her hair, Isabel let go of the admiration it earned along with the chore of taking care of it and, most importantly, a long ago hurt.

We don’t realize how much we are weighed down by extraneous objects, old wounds, regrets, or even future expectations that seem out of reach. By letting go, you’re opening up space for something new: clients who appreciate you, space in your office or home, the ability to focus on what you really want to do. Once you give away or release these items, you’ll experience a surge in your energy and enthusiasm and feel lighter and freer.

What can you let go of today? Go do it!