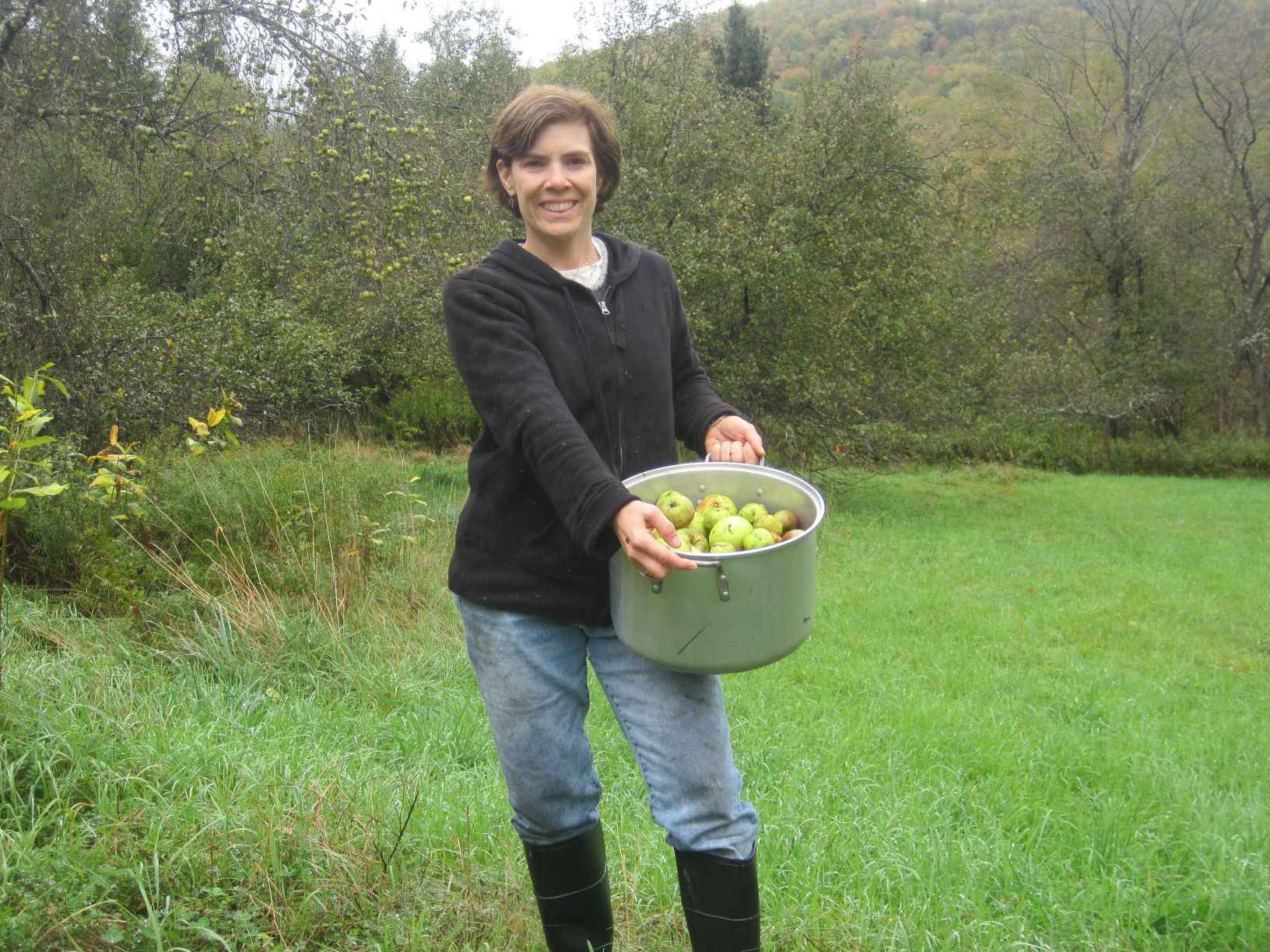 On the farm where I grew up in western PA, we had two large Macintosh apple trees just to the side of the house.

Every year these trees would bloom and then produce prolific amounts of apples, which would fall and scatter over the ground. While some of them were bruised and cracked, others were practically pristine. It was easy to quickly gather a basketful of the fallen fruit. I could also snag the fruit from the low hanging branches.

I stood at our round kitchen table as a young teenager while my mother showed me how to make apple pie (see recipe below). We would peel and slice the apples, spice them up, make and roll out the pie crust, and put it all together with a crumb topping. Later that pie would get bubbly and brown in the oven, and be devoured by all of us sitting around that same table.

I think of those apples sometimes when I am coaching an entrepreneur who is struggling with sales. I’ll ask, “What’s the low hanging fruit you can pick? Are there any apples lying under the tree?”

There are often sales and marketing actions that we are overlooking because they seem insignificant, or don’t match up with our bigger vision of filling up bushels with perfect apples. My theory is you can make really good apple pie from the apples that fall from the tree.

Don’t get me wrong, I’m not advocating that you settle for half rotten clients that you don’t like. What I mean is that there may be opportunities that you’ve overlooked, actions you can take, and people you can talk to that seem insignificant but that can bear some fruit for a wonderful apple pie.

If you’re feeling stuck, sit down and make a list of 10 actions that you could take right now to follow up with or generate new leads. Then get started with the first one, and continue through the list. I guarantee you’ll create results.

In honor of Thanksgiving, I would like to share my apple pie recipe with you. It’s hands down the best apple pie I’ve ever eaten. Read below to get the recipe.

Peel apples. Cut them into thinnish slices (I go around the apple slicing off bits until I get it all off the core). Put in bowl and sprinkle with cinnamon and ½ cup white wine or apple juice. Mix thoroughly and set aside.

In an additional bowl, cut the butter into small pieces, add the flour and sugar. Use your hands to mix the butter with the dry ingredients until it resembles coarse cornmeal. After it’s blended, I ball it into my fist and then break it apart a few times to get it all mixed and crumbly.

Put the apples in a rectangular baking pan, and then spread the crisp mixture evenly on top. If you need more crisp topping, you can mix up another ¼ cup butter with ½ cup flour and ½ cup sugar.

You can buy perfectly good pie crust at the supermarket, or use your favorite pie crust recipe to make two pie crusts. Position the crusts in the pie pan, one for each pan. Distribute the apples between the two pies. It’s great if you can heap them up high – it’s going to cook down quite a bit. Cover the crisp mixture evenly on top. If you need more crisp topping, you can mix up another ¼ cup butter with ½ cup flour and ½ cup sugar.

Place pans in oven and put a cookie sheet on the shelf below to catch any drips. Turn on the oven to 350 degrees (do not pre-heat). Cook for a really long time, like 1 ½ hours, or until it reaches the desired brown top and bubbly bottom. The key is to cook it thoroughly so that the apples are soft and the crisp is crispy!

Remove when done and allow to settle for at least a ½ hour. Serve and enjoy! 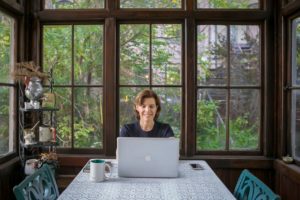 Set up a call with Liz so she can help you get unstuck.