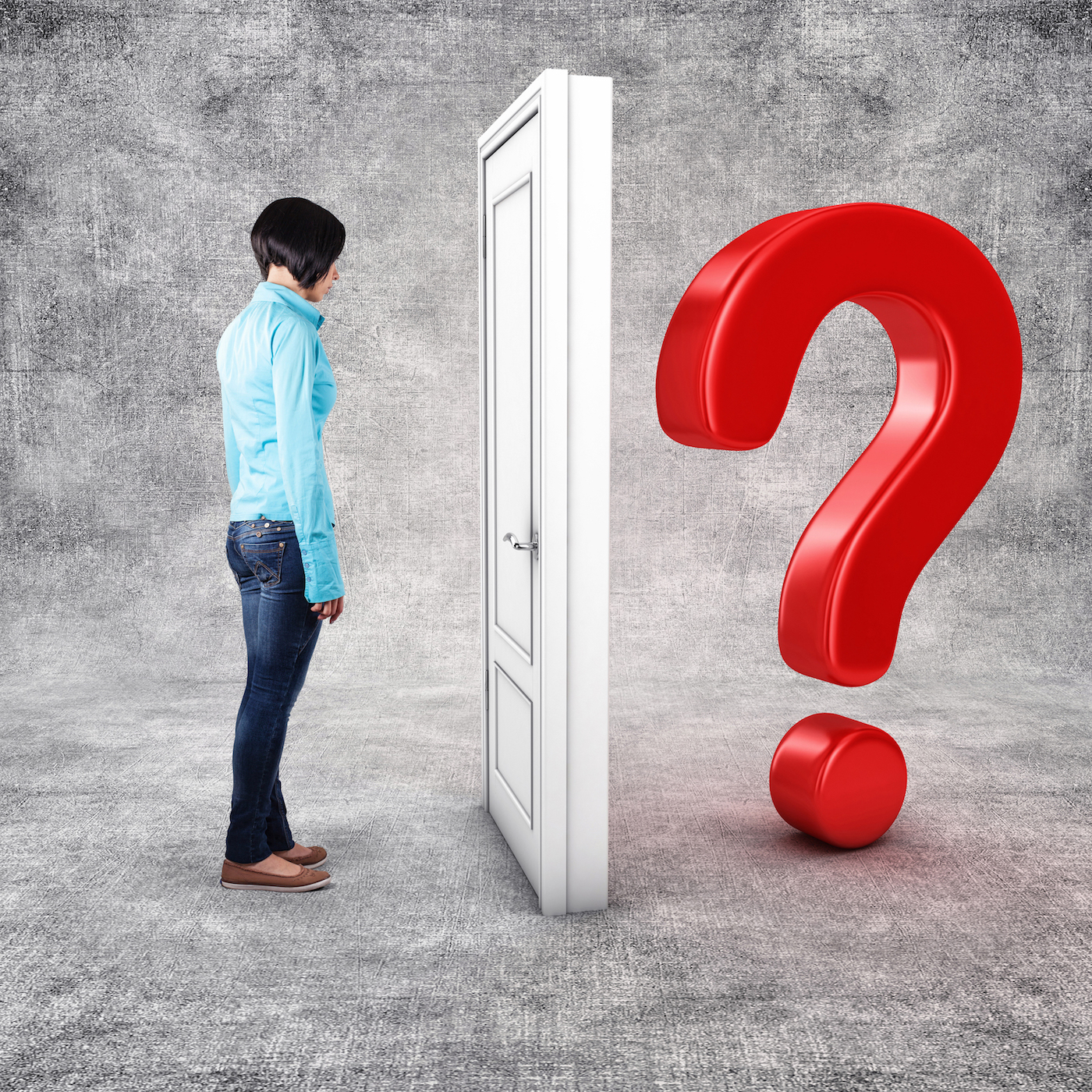 Posted at 16:27h in Business, Inspirational, Resolutions by Liz Wolfe

My husband Jon and daughter Isabel spent this past weekend at our upstate house and Isabel came home with this story:

While watching a movie at about 11:30 Saturday night, they heard a loud sound as though a heavy object had fallen.  They couldn’t find the source of the sound, so they went back to watching the movie.

A few minutes later, they heard a knock at the door.

Our house is located on a remote road where even during the day very few cars pass.  There are no other houses within eyesight, and at night the area is completely devoid of light.

My nephew Matt opened the door and a raspy voice gargled out, “I’m a fireman.” At this point, the others had gathered around the door to see who it was.  Matt asked him, “Is there a fire?” but he only rambled on incoherently until he finally said, “I was in a car crash.  Can I use your phone?”

That’s when my husband stepped out onto the porch. He then left the porch to walk into the darkness with the man.

For 30 minutes, Matt, Isabel and my niece Camille waited while their agitation grew.  Camille and Matt had gotten fire pokers ready to use as a defense, and Isabel was poised to dial 911.  They could see activity at the edge of the property.  Another car came slowly and eerily down the road, the headlights piercing the darkness.  They had no new information about what was going on, and the threat only seemed to increase as more people joined the scene.

Even as she was telling the story, Isabel’s fear was palpable.  I could feel a sense of my own foreboding creeping in.

This is fear in action.

Everything – the darkness, the knock at the door at night, the lack of additional information, and the man’s behavior – all fed into the fear that SOMETHING BAD WAS ABOUT TO HAPPEN.

In fact, the man had crashed his car into a tree, and the other people had come to tow his car back to his house.  He was drunk and hurt, which contributed to his incoherence.  And, he had a tracheotomy, which accounted for the raspy voice.

The fact is, burglars (at least usually) don’t knock.

But when fear is present, we don’t look at things logically.  In the absence of information, our minds make stuff up.  And it’s always bad stuff.  And that bad stuff translates into fear.  Fear blows everything out of proportion, because being safe is our number one priority.  It’s survival at its finest.

In my coaching practice, I’ve seen fear stop so many people dead in their tracks.  These are fears of rejection, failure, not being good enough, and even fear of success. Some of these fears have been surfacing during our weekly Mindset Reset Community Call, especially because of the pandemic.

I’ve developed a very simple process for cutting through your fear so that you can get back to taking confident action in your business:

At the top of a piece of paper, first complete the sentence: What I want to create is…

Then create two columns.  The first column is your fears.  Write down every fear/doubt/negative statement you have related to your desire.  After you’ve completed that list, in the second column, write a positive or rational counter statement to that fear. 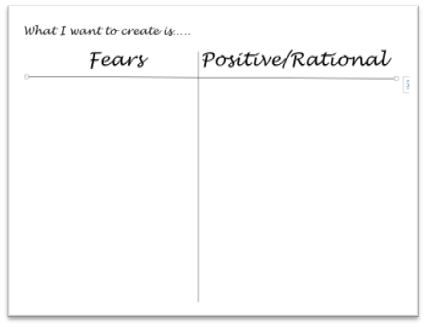 As an example, what I want to create is a best selling book.  In my fear column, I would write things like: 1. I’m not a professional writer; 2. I’ve never written a book before; 3. no one will want to read it; 4. I won’t know how to market it.  Then in my rational column, I would write something counter to each fear: 1. That’s what editors are for; 2. Lots of first time authors have success; 3. People are already telling me they want to read it, also millions of books are sold each year; 4. There are professionals who will help you with that.

This is a great exercise to do with other people, because they can contribute their ideas to you as well.

My imagination is always working overtime. But just because something (whether a knock at the door or a prospect not calling back) happens, doesn’t necessarily mean it’s a BAD thing. There’s usually a logical explanation. Join the conversation this Wednesday for my Mindset Reset Community call to get past those fears and into action. Log on at zoom.us/j/6180860750

Want help breaking down your fears and getting yourself into action?